Saying Goodbye to My Hands

Now, old man’s disease, arthritis
Is putting an end to all of that.
With hands that are becoming claws
With fingers that jerk and stall
I can’t hold a handkerchief to my nose
I can’t swing a hammer, hold a guitar pick,
Wield a soldering iron, squeeze my wife’s hand.

The fingers that I broke years ago
Now twist and deform like wilting flowers.
The bones that were smashed by work
and careless disregard for the future
are getting their revenge on the brain
that said “Keep going, keep working.
Play through it. Ignore the pain.”

Today, I can’t.
They won’t perform on command.
My hands are dying.
My fingers are putting an end
To any dreams I might have
Of a future as a builder, a maker,
A musician, a lover, a man.
Goodbye my old abused and tortured friends. 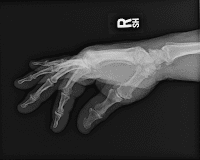 I woke up at 3AM a few nights ago couldn't close my right hand, even a bit. My left was slightly less impaired, but certainly not useful or strong enough to make up for the loss of the right. At that moment, I realized that this might be my last year for a lot of things, like playing guitar or construction projects or typing. There was no chance that I’d sleep more that night. I got up and worked on a Tom Waits song I've fooled with for the last year: “Shiver Me Timbers.” I wrote a half-dozen essays. For the first time since I was a teenager in love, I wrote something the Pressure Press folks call "a poem" That was the bit that opened this essay. 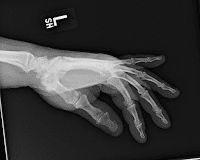 The "poetry" is exaggerated. But I have known way, way too many people younger and older than me who have lost a lot of their ability to be themselves due to arthritis. Some even decided they’d lost enough of themselves to give up on life. A friend of my grandmother--a woman who had been a musician and an artist and a gardener and an inspiration to everyone who knew her—was reduced to wandering around her backyard looking at the weeds overtaking her once-beautiful gardens and staring at her crabbed hands. She managed to turn the gas on her oven, stuck her head into the stove, and smothered herself. No one wondered why. A cousin--a man who is a decade younger than me and was once one of the most active people I’ve known—can’t write his name, drive a car, hold his wife’s hand, or help one of his kids into the car thanks to arthritis.

Personally, I hate this disease more than cancer. Cancer is, usually, terminal and often fairly quick. Arthritis is endless torture. 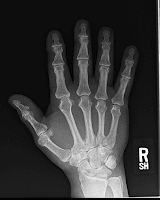 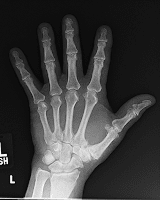 I have hammered these poor appendages into submission for 67 years, but they are starting to fight back. It does remind me of something I've said for decades, though. "If I'd have known I would live this long, I'd have taken better care of myself.

Seriously, I'm in pretty good shape. The whole prose thing came from the "inspiration" of waking up unable to use my right hand and thinking that someday could be the last day I can do the things I take for granted. The next day, I met a young lady who has been dealing with this pain and incapacity since she was a young teenager. Forty years ago, the girlfriend of the keyboard player for a band I was in was so stricken with degenerative arthritis that she was unable to receive a hip transplant because her pelvis was so wreaked. I'm not whining, feeling sorry for myself, or asking anyone to feel sorry for me. I’m just shouting at the night.

I'm 67 and have broken bones in my hands (and other places) so many times I couldn't begin to get a straight count. I quit hitting the heavy bag in 2013 because my hands were so messed up the next day. This isn't a sudden change but the obvious disability feels sudden.

I'm sort of inspired that the pain aimed me at doing a breed of writing I haven't attempted in 40 years. I'm humbled that I have so many friends who were moved by that inspiration.
Posted by T.W. Day at 12:30 AM

Over the dozen years I taught audio engineering at Musictech College and McNally Smith College of Music, I accumulated a lot of material that might be useful to all sorts of budding audio techs and musicians. This site will include comments and questions about professional audio standards, practices, and equipment. I will add occasional product reviews with as many objective and irrational opinions as possible.

"Run your career like a business—keep track of your hours, bill them, pay your taxes, save money when you can, because I promise you'll hit good times and bad, and you don't want to be a schmuck living in your car when you hit bad times." --Ed Cherney, Grammy-winning producer/engineer »

“If I'd written all the truth I knew for the past ten years, about 600 people - including me - would be rotting in prison cells from Rio to Seattle today. Absolute truth is a very rare and dangerous commodity in the context of professional journalism.” --Hunter Thompson

"Truth is more of a stranger than fiction . . . It is not worth while to strain one's self to tell the truth to people who habitually discount everything you tell them, whether it is true or isn't." --Mark Twain